Dwarves Are Not Gnomes 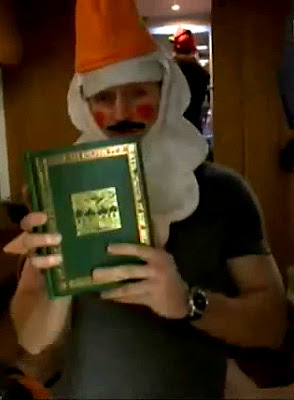 Dwarf Thorin as Gnome Richard
The gnomes in my cartoon, who were previously pouting and making a mess of my back garden, being ignored as casting material for Dwarves, were busy playing a re-enactment of The Hobbit, when they heard disturbing news, yet also uplifting, about some wannabe gnomes playing the fool for charity goal Rise Up Christchurch.

The Union Of Legimate And Honorable Gnomes had set up a statement which reads as follows:
(I had to enlarge it to read it).

A spokesperson said, when asked about the implications of the statement, "Once we´re back on speaking terms with Hobbitwood, we will take our statement into consideration."

Hope you understand I have to find my way out of Milkwood Mirkwood soon!
I intend to put my #hobbitread tweets in a post, eventually.

Good to see The Hobbit is filmed within budget!
Looking forward to it even more!
Oh, and I hoped for a Dwarves´ song!
I came close, didn´t I?

Check out Servetus´ (Me+RichardArmitage) and RAFrenzy´s posts
with ´Informal Fan Challenge´ on giving donations to this charity.

Find out about the cello playing request by Calexora on Befuddled Musings.

To benefit the Rise Up Christchurch Telethon, Servetus will donate for each comment on this post: http://t.co/cqYWzqz
~~~~~~~~~~~~

The truth is in there, somewhere.

Another Hoaxy SCOOP: RA In SB In SA 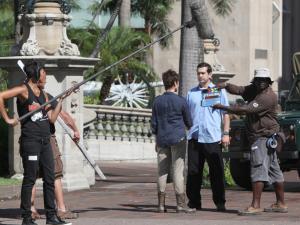 The morning after this post was posted, it raised questions with my twitter followers, saying that the man in the blue shirt on this picture was not RA. Philip Winchester was mentioned, or RA´s stunt double.

I sent this article to Ali of http://www.richardarmitagenet.com/
and she got that link a couple of weeks ago, with another link
http://www.thenewage.co.za/11281-1008-53-Durban_City_Hall_becomes_a_TV_movie_set
but because it wasn´t about RA, and there was no RA in these pics,
she didn´t run it aka mention it on her site.

Another argument was the date.
The article stems from 24th February 2011.
The press conference was on 11th February in NZ,
the cricket match was on 13th March,
and RA was spotted filming in Cape Town, South Africa on 13th April.
So Ali didn´t think he could be in SA in the week of 24th February.
Fair enough, it´s inconclusive and I am willing to have my eyes checked.
However.
I remember reading a mention he was there early March.
I´m not sure, but I keep it on my blog.
HOAX?!
If it´s not him, then my guess it´s Sullivan Stapleton.
The storm of chitchat this topic raised. Man!


Anyway, room for me to inform you with ´latest´ Strike Back news.
Strike Back 2 Project Dawn Trailer 9 May 2011
Cultbox article on filming this summer in Hungary
Press release of Sky Media 11 February 2011
Strike Back on Facebook. They promise to come with a surprise soon
Here´s a link to the old material
Sky 1 Strike Back 1. 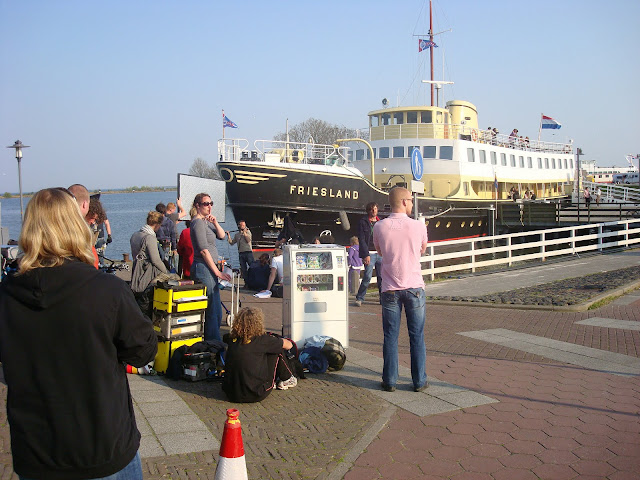 SNUUUUUB!!
I was on a set of a children´s film called Doctor Cheazy, on 20. April 2011, but who would bother...
I keep saying Doctor Sleazy for some reason...
As I was passing by, with some others, we were looking at the boat, when a woman (hussing in pic)
came up to us and said:
"We start filming, you can leave or stay if you want, then you´ll be in the shot". Tempting, not?
I quickly asked what the name of the film was.
The weather was beautiful, but the shot was complicated.
The camera zoomed in on the passengers boarding, then when that was done, zoomed out and followed a man, who was standing near to us, walking towards the camera, up to a group of kids, scouts, had a conversation. All in one shot!
First there were a couple of rehearsals, then some takes which were not perfect, then some more.
My company called it quits and followed the man, when he was in the shot. After that take, the crew filmed it again. Then they turned around and had the same procedure for another shot of a harbour restaurant, named ´Doctor Cheazy´ where children were running around the outdoor tables and chairs and all the waiters came out at once and served all tables!
Very much a Dutch film.
(mumbling, mumbling)
Posted by Violet op 23:23 No comments:
Email ThisBlogThis!Share to TwitterShare to FacebookShare to Pinterest
Labels: Acting, Locations, Richard Armitage, Strike Back, tv-series

Gnomes Are Not Dwarves Sir Ian McKellen has a blog on which he tells about his observations, like now, working on The Hobbit. His blog had a blogpost in which the phrase ´gnomes are not dwarves´ appeared. I wondered why he would educate his followers, of which a substantial number might know him from Lord Of The Rings already.
I have a clue. Thanks to my speculative brain and that Extras clip, links at end of this post, I imaged a scene like below. You can read that Sir Ian McKellen is shortened as IK and Richard Armitage as RA and the whole thing is intended as a jest. As much as this is my rough idea of the conversation and you all want to spit on it send lovely replies, I safely call this a draft version:

RA: Hi.
IK: Ah, ´Thorin´! How´s preparations going?
RA: Fine, thanks. I understand you maintain a blog.
IK: Blog. Website. Website. Blog. Whatever. So, you´ve seen it, have you? And, like it?
RA: Yes, it´s great, but I come to that later... As I´m new here and signed this  - fist-thick - Hobbit contract - you know it, obviously -
IK: Hm-mm. Mine´s a meter!
RA: I wondered - as you have this - website - how you can post about your observations regarding The Hobbit?
IK: Well, I can - and that´s the joy of it! Why?
RA: I don´t have a blog and don´t want to start it, or be on Facebook or Twitter..
IK: Oh, come on! You do have something?
RA: Yeah, email, but that´s about it. The thing is - my agent recommends - for now - to keep my head down and stick to participating to Sir Peter´s videoblogs -
IK: Ah, yes. Peter And His Videoblogs.
RA: So I would like to ask you to put something for me on your blog. Very informative by the way.
IK: Years of experience!
RA: Blogging? Congratulations!
IK: Well -
RA: It will only be one thing. Allow me to explain. My fans - I hate that word - they´re overall lovely, and a surprising lot very creative - and bright -
IK: Hm-mm. Males or females?
RA: They say they´re women.
IK: Males are the worst! I deal with male fans most of the times. However, never mind, continue.
RA: The one thing they didn´t have to do extensive research for - as I have done, munching over the tiniest details, and they notice everything -
IK: Are you sure they´re not males?
RA: Is to relate Thorin, the Dwarfleader - and his dwarves - to gnomes!
IK: And - gnomes are not dwarves?
RA: Exactly! But they keep doing it. See this cartoon?? 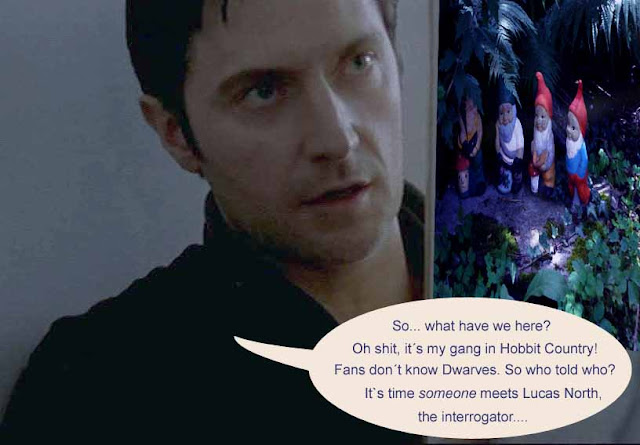 IK: Hm. Yes. That´s serious.
RA: It´s just that I don´t want to exclude my fandom from vital information.
IK: I´ll see what I can do.
RA: Thanks! Don´t tell them it was from me, though!
IK: Your fans will probably mock up this conversation as well and talk about it.
RA: By that time there will be something else!

Disclaimer:
Normally I would not ever do real fiction, but this RA drought forces me to.
Water!
LOL!
Hope I still have your respect. *ducks*

You don´t have to worry.
This post gave sparkles to new ideas.
And I read The Hobbit now, finally!


http://www.mckellen.com/cinema/hobbit-movie/blog.htm see ´March 31, 2011: Gandalf Is Tested´
I posted my gnomes/dwarves cartoon on February 20, 2011 in ´Fanstrafaganza Cartoons´.
I´m not alone in this. I know that Servetus showed gnomes on her blog too, in between these posts.
Posted by Violet op 17:17 5 comments:
Email ThisBlogThis!Share to TwitterShare to FacebookShare to Pinterest
Labels: Acting, Cast, fame, Fanfiction, image, Real Fiction, Richard Armitage, The Hobbit
Newer Posts Older Posts Home
Subscribe to: Posts (Atom)