Previously On 'We Are Scared' 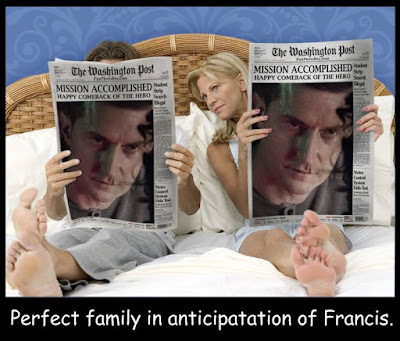 The things I read! RA Family, erm, Fandom is waiting for you, Francis!
(The stutter-typo was intentional, Mat told me).

Previously on 'We Are Scared', a new TV adaptation based on my Twitter Timeline.

SCARED that we get to see our favourite actor doing the horrendous acts as written in the Red Dragon book by Thomas Harris.

SCARED by seeing previous episodes by Hannibal, or in my case, the bloody yet artsy displays of corpses in murder scenes-loving tweets by Team Hannibal: @DeLaurentiis, @neoprod, @BryanFuller, @lorettaramos, @HannibalRoom, @NBCHannibal and I count in @Tattle_Crime.

SCARED by prematurely, massively claiming to reject watching Hannibal, even if RA is in it.

SCARED that RA fandom would butt out, Team Hannibal went into twitter silence after the first promotion and announced a new promotion round starting ep 308, of the Red Dragon introduction.

SCARED that RA fandom would not love them, Team Hannibal at least knew they would get flower crowns from Fannibals at the SDCC.

SCARED from losing the right to make further seasons on Hannibal and claiming worldwide support of Fannibals, the preview clip on Dolarhyde was showed at SDCC and premiered later that day on the area restricted nbc. com website (!). (Due to kind forces, it got put on YT).

SCARED that Dolarhyde could not become a Dragon, he does the flexing on his attic and gets a tattoo.

SCARED that the preview clip gets pulled from internet, we make art, caps and gifs.

SCARED that we would miss out on anything tasty, we tweet during the hashtag war hours of Team Hannibal.

SCARED that we will not see the episode, some among us went the illegal route on internet.

SCARED that we would spill blood, we arranged silent Butoh dancing sessions.

SCARED that the RA Fandom would not watch during US broadcasting, Team Hannibal tweeted even more pics of a sweaty, flexing Dolarhyde, and....  killed the RA fandom.

Fanart made by Mat Khal on FB, idea mine, sort of. (I said: 'Do something with newspaper.')
Posted by Violet op 17:54 No comments:
Email ThisBlogThis!Share to TwitterShare to FacebookShare to Pinterest 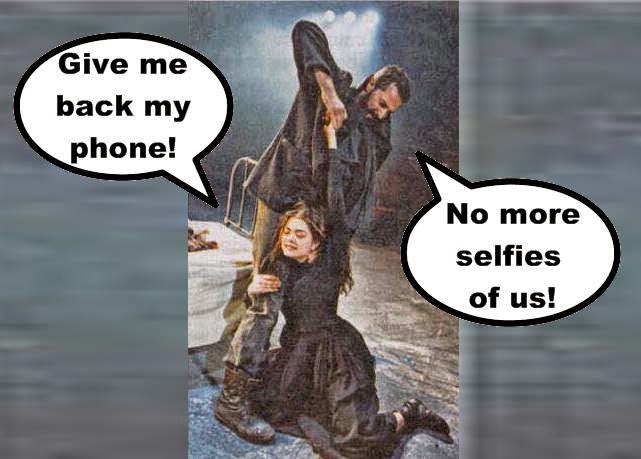 John Proctor and Abigail's situation in nowadays nutshell.
(I vibe Proctor/RA as schoolteacher).

About time I put my Crucible gems, posted first on Facebook and Twitter, on my blog.
These cartoons are made by Mat Khal which I met on FB, ideas are mine. 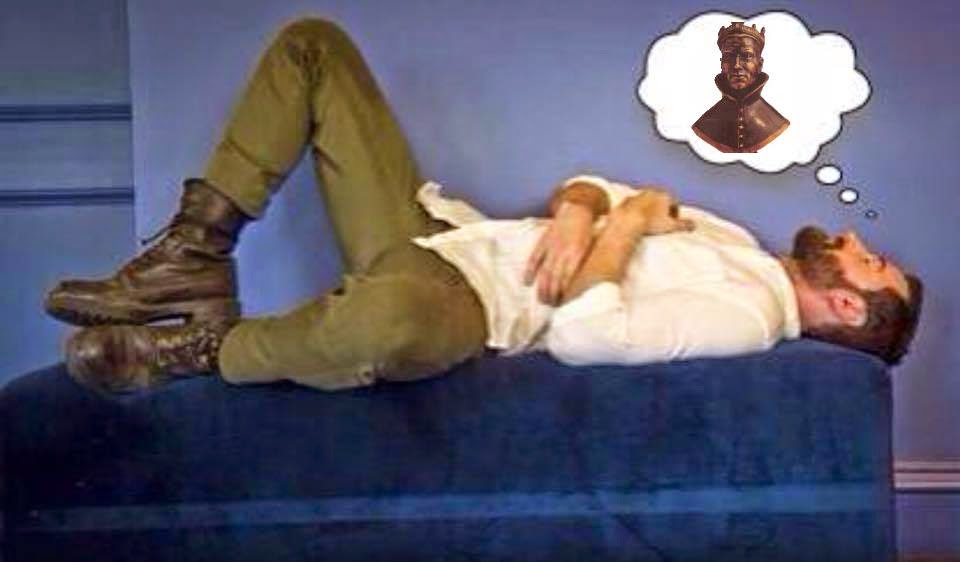 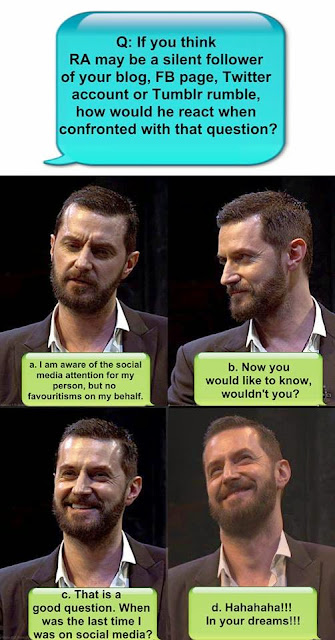 Mere mortals hoping to be read.
(His facial expressions inspired me). 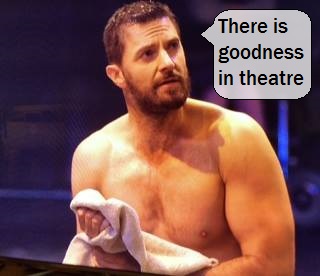 Anyone fancy to watch a reenactment of their domestic quarrels in theatre?
(Indoors, Old Vic allowed liquor in plastic cups). 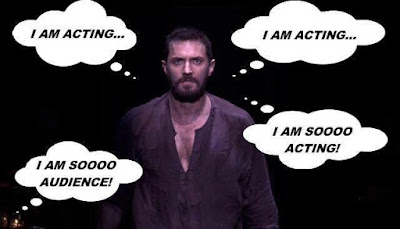 There is a Fourth Wall that devides people in theatre. ;)
(Real inspiration will be revealed further in this post). 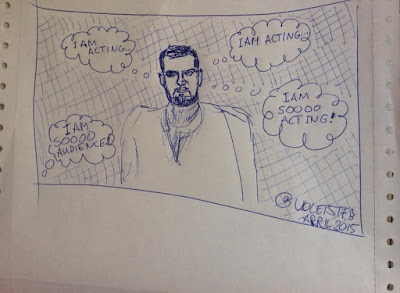 The 'doodle' I've made so Mat could understand my idea:
the egotistical hyper awareness of the fleeting 'being in the room'.
(It is as simple as that).

This doodle I tweeted to RA's twitter account as a Thank You note,
coming from the perspective of a humble audience member.
Foremost, it was a mentional reply to Kevin Spacey's tweet
as the departing artistic director of the Old Vic Theatre.
About a week later I was surprised - for coincidental reasons - when a charity tweeted RA's doodle. Remarkable, since he hasn't auctioned or published a doodle in years.
Yes, very egotistical of me to think there is any connection. Like the ripples in the water...

Anyway, after five years of flaw-inspired blogging I am still in the room.
Now that's creepy.