August Is Hot: Tasting Words In The Mouth 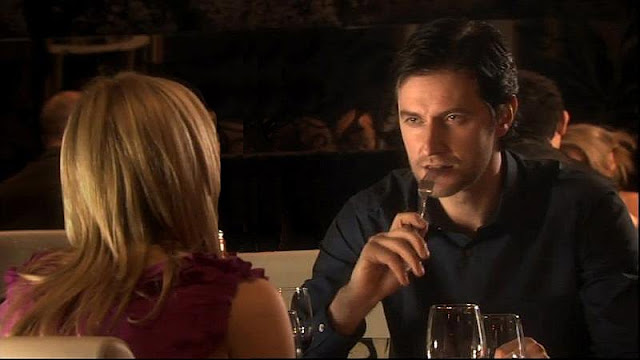 A taste for baddies leads to a tasty way of telling
Torture Method: abusing the mike
To conclude my August Is Hot Series, theme
´Up Close Torture Feast´,
I thought let´s do a taster about RA´s latest vocal exercise.
As I am visually oriented, listening to his audiowork for longer than five minutes is TORTURE. I giggle and try to copy the accents or if I can abstain myself from dozing off, my mind wanders. The thought of RA patiently reading away for many hours in a frisky, climate controlled narrow booth is too much for me to muster my concentration skills. Since I´ve seen the spoof on acting in ´People Like Us´, I have VISUAL.
"Abusing the mike", so he said to explain why. I don´t know where I read or heard that.

Recently he gave another reason. On reading the audiobook of Georgette Heyer´s The Convenient Marriage he said (paraphrased) to like to read "words that mean the same but feel differently in the mouth". Could have sworn he mentioned in some interview the phrase "tasting the words in my mouth" or my mind turned it into that.
Didn´t think for a minute it could have something to do with really associating a taste with a word, a condition called lexical-gustatory synesthesia. It is triggered by the phonemes in the word, rather than graphemes or it could be that it´s from semantic influences.

I had to re-listen and heard: "(on acting and reading) "I almost create a soundtrack to anything I am doing". Now that sounds very much like synesthesia. It´s also proof that my mind really wandered off.
To listen to his interview and a reading extract of his latest audiobook, go to RichardArmitageNet´s site of Georgette Heyer´s The Convenient Marriage. I can listen to that extract with an ease, unbelievable.
I read that physical workout helps to make a voice sounds stronger. After all the military workout for Strike Back combined with the earlier started running and gymvisits for Spooks (dare I say Cold Feet?), not to forget the dancing in the living room in leisure time and vocalizing with vocal workout, his voice and his pronunciation does sound improved...
(sudden interruption by you)
You: "Why do you put pictures of Moving On here which are -by the way- totally irrelevant?"
Because, dear reader, thanks for bearing with my ´Leo is ruler of the zodiac´-attitude, I have a condition...
You: "Leo is ruler of the zodiac? You mean ruler of the Fifth House of zodiac, the House of Pleasure!"
Like I said, I have a condition which puts images to words or links words to other words. Therefore, occasionally funny accidents happen on my blog. Now, wonder what my condition is called: associating words with pictures or other words?
You: "A-SOCIATING". 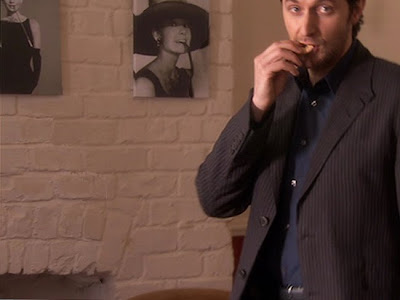 Discovered Hitchcock-like symbolism in this shot (collaged by moi):
a taste of things to come. 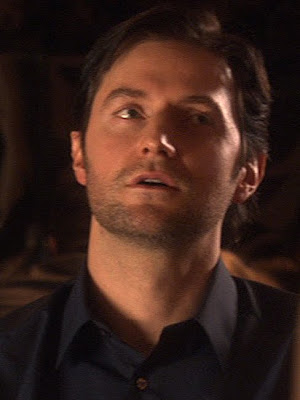 "Are you leaving this table? I have a taste for torture!"
Response:
Yeah, duh! August Is Hot is over!
Screencaps: RichardArmitageNet, tv-series Moving On, flavored by moi
Posted by Violet op 19:54 9 comments:
Email ThisBlogThis!Share to TwitterShare to FacebookShare to Pinterest
Labels: August Is Hot 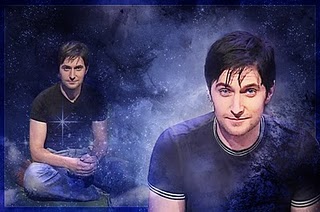 Wow, I have stereo! I must be dreaming!
Torture Method: bedtime stories to dream of
This is my fourth posting in the series ´August Is Hot´, theme
´Up Close Torture Feast´.
A tongue-in-cheek Leo-lushious series of posts for birthday hotties like me and hopefully bearable delectable for every other reader of this blog.

Hi, I´m Richard and I will tell you a story. The story is called ´Guy of Gisborne´.

Once upon a time there was a disposessed Lord who could only think of a certain Lady, oh, and power and possession. The Lady never heard the true readings of his mind. And when he finally told her, she did not like it. She stood him up at the altar and told him she would never marry him. Even worse, later she told him she would marry someone else. He felt betrayed real bad, so he distroyed her.

The Lord lived unhappily ever after.

But he looks like this. Hey, then it´s okay!
Please, can´t you tell another one? About the little mole? 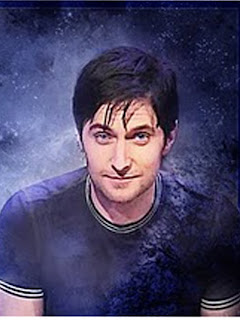 Don´t know that one,
will happily tell you these:
Winnie the witch
I´m not going out there
The lost acorn
Flat Stanley
Trouble at the Dinosaur Café
~~~~~~~~~
Dreamlord
~~~~~~~~~~
Dreams tend to code, blur and twist the demanding real life.
Recalling dreams the next day is a stretch...
especially if they´re RA dreams...
you don´t want to decode...

It´s bad you´re tossing and turning in your sleep. What a nightmare! 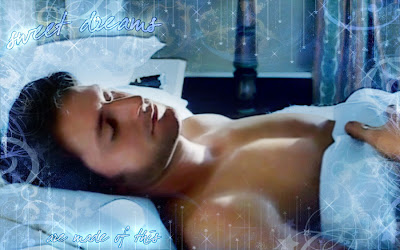 If you ignore your bad conscience, you have sweet dreams....
Tongue-in-Cheek Assignment:
Tell a cute story with many accents to someone you care for.
Artwork: Teena: Bedtime Stories and Sweet Dreams (from Between the sheets), Tell Me (RH/Gisborne)
Posted by Violet op 19:09 2 comments:
Email ThisBlogThis!Share to TwitterShare to FacebookShare to Pinterest
Labels: August Is Hot 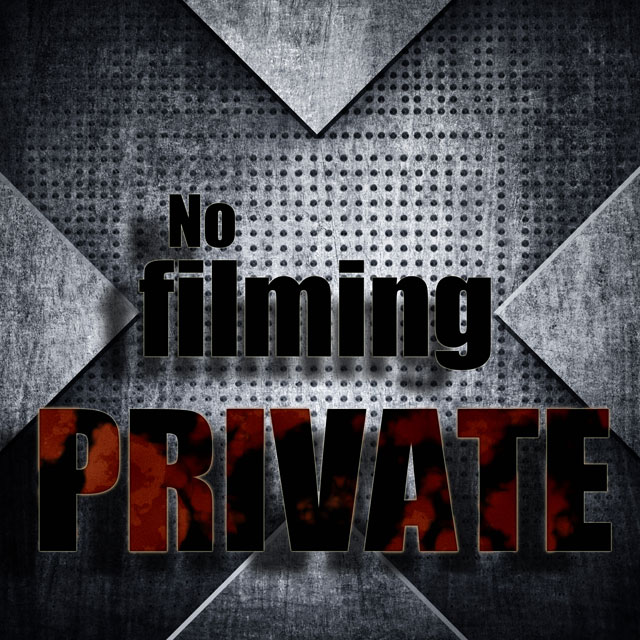 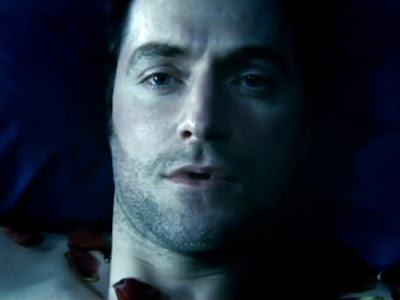 OMG, do I have to? I thought it was private
Torture Method: intensive acting
This is my third posting in the series ´August Is Hot´, theme
´Up Close Torture Feast´.
A tongue-in-cheek Leo-lushious series of posts for birthday hotties like me and hopefully bearable delectable for every other reader of this blog.
How to get a quick notice of someone´s acting nowadays? The formal way is done by trailers or teasers. The informal way is by fanvids. At the core, fanvids are made to show the appreciation of the vidder for the subject, the story, the actor, the acting...or that´s what I thought.
This fanvid I promised you earlier, is quite suggestive. It has to do with the music. While the selection of scenes or shots is not at all ´bare it all´, the vid is simmering hot. What to think of it´s tagline: "It´s a quickie" ?! It doesn´t say: "It´s a gift". Hope someone takes it to heart. Better Put Some Pressure On It, made by JulietD001, who made a number of great Spooks vids. I can only watch this one by peeking through my fingers! I feel so not alone now with the taglines in my post Man TV Is A Beast. See the intensive acting in the Spooks scene in ep. 8.4 at 3:00, or at 1:00.
I keep rewatching the Spooks episodes 8.4 and 8.8, because of the theatrical quality of the Lucas/Sarah scenes. By that I mean I like to rewatch the dance-like dynamics in two long scenes: the flat-scene in ep. 8.4 part 1 starts at 7.40 and part 2 at 0:00 - 7.08 and the hospital-scene in ep. 8.8 which starts at 1:00 - 7:20.
For the purpose of this post I have to point out that there´s the boilersuit-scene in ep. 8.4, see from the start. But you better go see the episodes in full, for there are many good scenes.
To cool off, here´s the vid This Night with some of RA´s characters.


Tongue-in-Cheek Assignment:
Give someone what they want for their birthday,
within reasonable boundary,
If you don´t know what to give,
then tune in to their frequency.
Or in devious, naughty rhyme:
The question is what gifts to give,
if someone sets a list.
To tame a wisher´s birthday frizz,
answer with a hiss.
If you don´t know what to give,
then listen, it´s hit or miss.
Screencap: RichardArmitageNet, Spooks ep. S8.4
Posted by Violet op 17:26 No comments:
Email ThisBlogThis!Share to TwitterShare to FacebookShare to Pinterest
Labels: August Is Hot

August Is Hot: A Tux In Flux 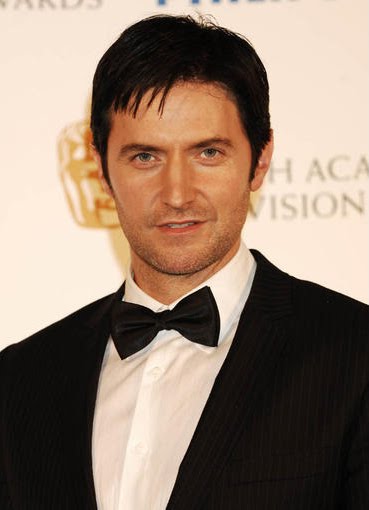 Birthday attire
Torture Method: Contemporary Black Tie
This is my second posting in the series ´August Is Hot´, theme
´Up Close Torture Feast´. A tongue-in-cheek Leo-lushious series of posts for birthday hotties like me and hopefully bearable delectable for every other reader of this blog.
A Tux In Flux
~~~~~~~~~~
If RA ever intends to speech at my birthday in a tux, I shall request him to do the autograph signing first.
"To create impact without intrusion in a supporting role,
requires great skill."
How true, in the true meaning of this quote!
TV Bafta´s 2010
Other Tux-In-Flux moments of RA are Bafta´s 2009 and the Autograph signing at Bafta´s 2010. The RichardArmitageNet website has great reads with the 2010 Bafta report and the 2009 Bafta report. There was also a 2007 Bafta Moment, shown in 2 clips on RA Online. 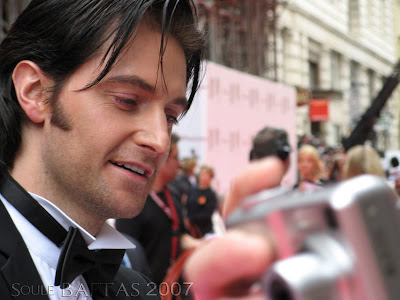 It was through reading about all the red carpet mayhem how I became aware that the UK finds its television (and film) industry hugely important, with over 10,000 paid actors and actresses. This industry is approximately 20 times bigger than the one in Holland. Internationally, ´we´ win Oscars with films now and then, and are big with sellling television formats, like the debatable ´Big Brother´, but with tv-drama? Don´t worry, we have our own awards.
In numerous British interviews, the UK industry is compared with the American one in a demeaning tone. The Dutch also like to compare themselves with the Americans, but with things like story telling and the quality of acting and production, we admire the British. And costumes! 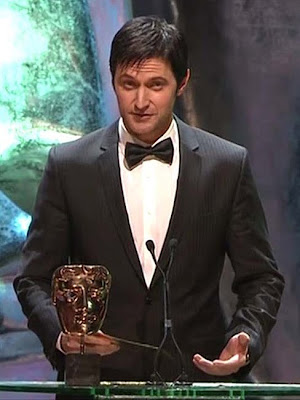 To go back to RA´s well written ´presenting-an-award´ speech, I was reminded of it´s short-range. Has it to do with seniority? Meaning that every extra year you´re allowed to speech at the Bafta´s, you´re granted an extra sentence? The moment of RA intuxicating the stage was gone too soon. Two sentences in 2011!?
To entice you more, I thought of other intuxicating moments that came to mind.
Colin Firth´s ´getting-an-award´speech at the Film Bafta´s 2010 is an example of a well written and adorably just right lengh speech, because he truly deserved his award.
Dude, you don´t wanna go down there with Conan O´Brien. :)

Tongue-In-Cheek Assignment:
Get your man in a tux.
Your excuse: it´s to make you, the female companion, look good.
Read the Tux Guide for inspiration. 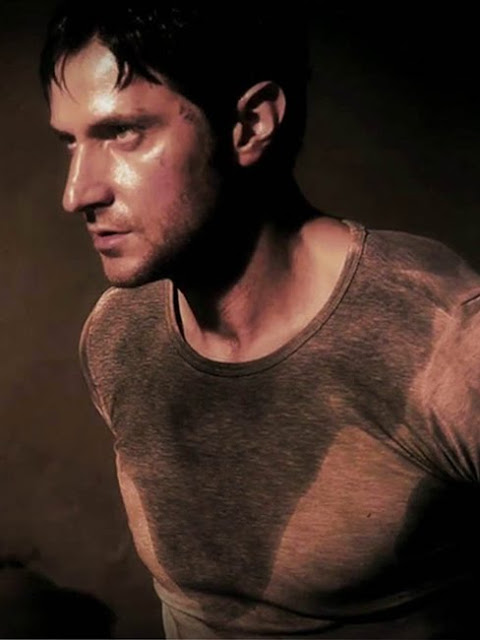 Will this be a teaser for SB2?
Torture Method: Hot Display, er, High Definition
Dear readers,

You are graced with the ´August Is Hot´ series.

Theme
´Up Close Torture Feast´
Discover a new level of caged anger by studying this treat.


Torture yourself with the question:
"Who is really the captor or the captive here?"
(thanks to Servetus)
Tongue-in-Cheek Assignment: 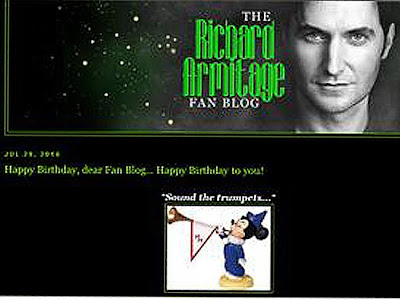 Congratulations to Nat
with her multifaceted, cheerful, funny and cute blog!
One year old!

It looks as if you´re longer at it than I thought.

Ignition spark:
August Is Hot: The Signs
http://meandrichard.wordpress.com/2010/07/23/by-popular-demand-hot-sb-video-in-case-you-havent-seen-it-yet/ Initial serious attempt to understand the Strike Back Video Viral; Servetus raised the question: who is really the captor or the captive here?
http://meandrichard.wordpress.com/2010/07/26/so-what-are-your-darkest-fantasies/  Reactions on a basal level that the Strike Back Video Viral provokes to sections of the population