But First, Into The Storm 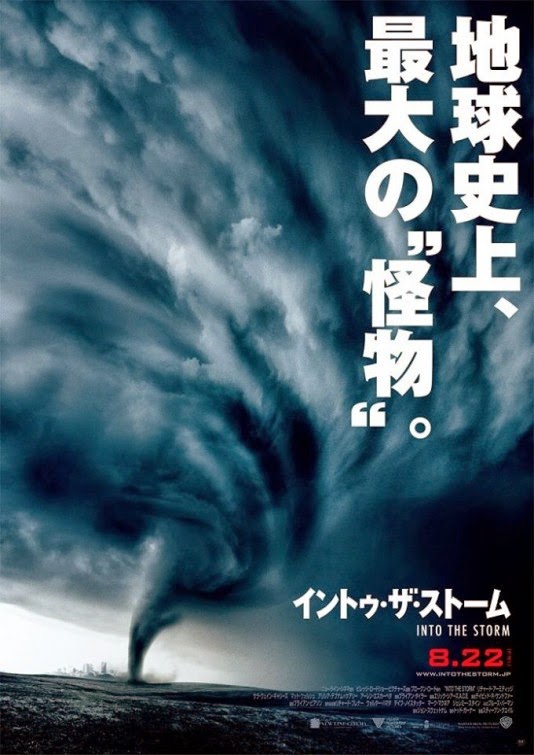 Japanese poster
Seen in 2D with Dolby Atmos sound
A little week after release date in Holland, I went to see Into The Storm movie. It's only now that I write a post about it. I am dealing with a personal storm right now, which is as big as I make it in my mind. Yet a storm can release fresh energy, so maybe if I bow with the wind, I won't break.
Originally I wanted to see this movie in an IMAX cinema, but this wasn't a 3D movie plus someone recommended a brand new cinema in my surroundings with Dolby Atmos sound. That makes you tremble in your seat and you hear it going around you thanks to a lot of loud speakers. The visual quality wasn't IMAX, so I know where to go watch the third Hobbit movie.
Beforehand I followed the online 'teases' of producer Todd Garner on Twitter (six steps of separation) and ReAlistic fanbanter on blogs and Twitter. I have to hand it to Todd, protegé of Avatar director James Cameron, in keeping the costs low, from 100 million dollar to 50 million and smartly negotiating and dealing with not only one, but four special effects houses, to spread the risks and safe time by having each of them design one tornado or as he likes to put it 'monsters' in the movie. By the way, 'protegé' makes me think of a student, but Todd is a pro (see his article here).
First off, I was seated facing top of the screen, having to look down, which didn't add to my mood.
Moreover, I was lucky to have seen Richard play in The Crucible among a fitting ensemble in an intense gloomy mood for three and half hours. I am spoiled rotten for years. Thus my first conclusion after watching Into The Storm was that I felt pity for those who haven't seen The Crucible and thought RA played well in this movie. Told you, I am spoiled rotten for years.
The acting all around was entertaining and the family affairs were very sticky American, yet I felt the scenes could do with some background here and there say by adding a clip of mum from the past saying things on video in the scenes of the video assignment or why not let Gary have that quarrel with the head principal when the kids are on the parking lot talking about his quarrels with the head principal. In one of the promotion interviews or articles there was a mention by RA that this movie had to portray the moment of 'now'. Dear people of the film industry, with a few minutes extra this movie would have gained more depth. 'Who's gonna pay for that?', are they groaning behind Hollywood hills... This movie was expected to become a 'little sleeper' but it opened really well on the Chinese market. Ca-tching!
What really drove this movie was the ungoing threat and attacks of tornado's. Especially the rumbling of the approaching storm and the annoyingly loud sirenes made me clam to my seat. The visual effects were very convincing and when the scenes showed scatterings of real debris, it was a substantial mess. Tornado storms could become more immense and unpredictable in the near future.
There was talk on Twitter by the writer that a British script consultant was flown in, to add changes to the script for which he was 'thankful'. It could have been to add more dynamic between Gary and the weather scientist, which was suggested by RA, but I could be wrong. One fan in this RA blogworld received a script of the earlier version, which had ondergone substantial changes, compared with the finalised movie.
Before I found the comedic goofs hanging in the trees,
I had to say goodbye to my liking of RA's former Nose, to which he replied:
"Hey, I am having breakfast now, OK? Not Now!".

It's good to be with your loved ones, whatever the forecast...
**** 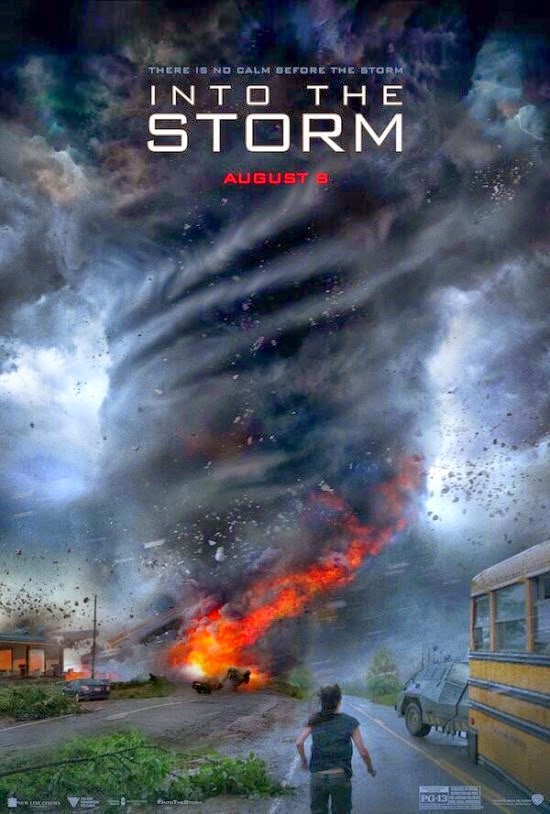