Getting A Whole Lot Of Guy 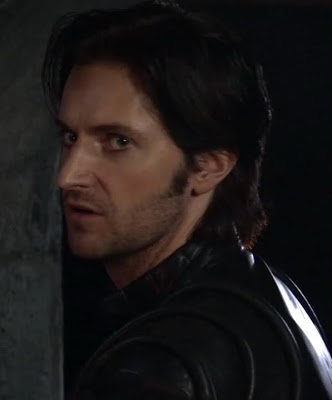 "You want to get a hold of Little Guy? You´re not the first!"
** GUY FANFIC ** WIN A LITTLE GUY **
I was rolling meatballs in the kitchen, thinking "This is my life". The gnomes were practising for that Hobbit re-enactment, again. By the time I put the meatballs in the pan, I heard horsefeet upon my grassfield arriving. Thinking the gnomes will tackle this visitor with a gnomes' confidentiality agreement, I was humming when I washed my hands. So I did not hear horsespurs on my kitchen floor.
I turned around and Sir Guy then immediately corners me against the kitchen sink, breathing in my ear.
I could not speak. I was stunned.

Guy certainly knew how to handle these situations, because he whispered:
“Marry me. What do you say?"
I gasped, after my mind surpressed the awareness of butterflies.
The teaser.

Outside, the gnomes shouted Dwarvish curse words and I heard a horse colliding with my laundry.

Sir Guy gazed boringly at the kitchen window.
"I have a big horse. It eats a lot of apples."

He stared at my fruitbasket, then into my eyes.
"I see you are cheap.. and a bit scratched..."
I blushed. Finally recognition!
"That will nicely compensate my travel expenses!"
He relaxed a bit, which made his leather outfit squeak.

By now, the gnomes ran in various directions through my garden, while Sir Guy´s horse kicked something.

I closed my eyes, ready for impact.

Apparently, Guy ignored my kissing offer, because he whispered in my ear again.
"I am a man of power and possession. Many wenches adore me. If you can name my secrets, I'll let you get a hold of Little Guy."
Immediately I blurted out all his secrets. Normally I would never do that. I would tell them in my sleep.
"Wenches like you, only want one thing!", Guy smirked and to my embarrassment, he searched his tight leather outfit, not skipping his delicate parts.
He was twisting and turning ferociously, which made him peek at the kitchen table for a second.
"Have to lay down somewhere."
I slightly panicked, so he calmed me by taking something out.
"Who needs icepacks?"

At that point the gnomes entered my kitchen.
"Uhm, we just caught a horse".
Their faces dropped and they all fell over each other.
Guy was twisting and turning even more.

The gnomes looked disapprovingly.
"He can´t give you what we´ve got", cried one.
"Small but pleasurable", stuttered another.
"Tiny footrubs", wheeped a third one.

The gnomes climbed on my kitchen sink to beat Sir Guy. My peaceful kitchen then became the scene of a rage, like the Eagles on my roof had predicted 500 years ago.

Poor Guy crawled under the table.

"It´s not what you think!" Guy trembled, yet saving my reputation.
“Let him”, I said and crawled under the table too to get my hands on it.
"Forgive me, I forgot to take my bath", Sir Guy mumbled, somewhat shy.
"Awww, how cute!", I cheered, "It's a Little Guy."
"It comes in it's own wrappings", he smirked.
“I will hold it dearly”, I said while stroking it.
“I thought you would never think of me forever”, said Guy, slightly blushing.

The gnomes were not pleased.
"We have our own Little Gnome", and they broke into a song which was notorious for it's 20 verses.

Guy used this moment to sneak out from under the kitchen table.
"Dating gnomes is weird", he snarled at the gnomes, while readjusting his pants and sword.
Suddenly he turned away, looking aghast, because the gnomes showed off their action figures.
"But they certainly know what is best for you!"
The smell of baked meatballs was filling my kitchen.
Sir Guy grapped a meatball out of the pan which made the gnomes sing That Look You Give That Guy.
"Have wenches to attend to in the Nottingham area", he smiled at me.
Before I knew it, he stormed out on his horse.
“Write me", I called after him.
Especially, since his horse took some of my underpants.

WOW!
What was that all about?
RAFrenzy figured I could use some sincere exposure male attention. Thanks, Frenzy!
Despite these gnomes in my garden, I´m single!
In the meantime I wrote Sir Guy a bold and ridiculous letter, because I was in dire need of underpants.
Hope Sir Guy writes me for another nose-to-nose!
Check out RA Frenzy's blog on 2 January where you can win a Little Guy!
But before I forget...
GELUKKIG NIEUWJAAR!!
Happy 2012!!