August Is Hot: Keeper Of The Sword 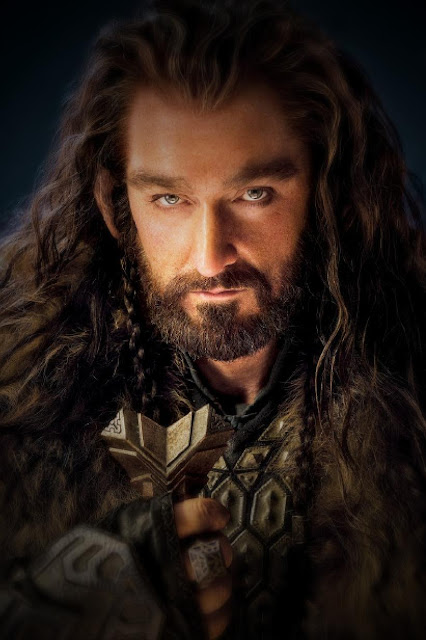 
AUGUST IS HOT
Theme: Should We Know You?


Read the official version of the third Hobbit film as requested by RA fans here!
It´s called The Hobbit: Keeper Of The Sword.
The producers will talk you through the film.
Please don't read if you're a die-hard Hobbit fan.

Officially we'll have to introduce that story mentioned in the top 100 best read children's books to you. So.. Thorin Oakenshield is a grumpy warrior leader of Dwarves. He was asked by wizard Gandalf to escort a certain hungry Hobbit to the end of the book, but he fails by prematurely dying. His life lacks a bit of womanly dwarfhood and that´s kind of refreshing. No sensual excercises. Instead healthy, safe, childfriendly fantasy storytelling to which we all can relate to, if have you been in dark woods before and catched some spiders.. or worse if they catch you...! But you know all that, if you watched The Hobbit 1 and 2 by then. So number 3 is finally starting, like now!

The story focuses on why Thorin Oakenshield is so grumpy. Is it the story of a warrior, following his bloodline back to ancestors who had their battles to fight? We'll see some of that.. Amidst there is this hint of an emerging love story with this Dwarf woman, which fails because.. she has a beard! Tragic, tragic, dear fans, but we swiftly move on to another love interest, or is it? Thorin's love story gets larded with awkward misunderstandings, silent conversations, revealing blushings.... "In The Hobbit?!", you asked us online. We feared no-one except geeks would watch this movie.

On his trips to strange lands Thorin Oakenshield encountered a creature, so sublime, no words were needed. We'll see the ray of golden sunshine surrounding her smiling face with her hair moving in slow motion and she doesn´t have to say anything, because we all know she is special. She is called The Keeper of the Kiss. Well, in the script anyway.

It happened on a path through dense woodworks. Thorin Oakenshield was very tired and sad. He was contemplating about all the things that happened to him. Here, we'll insert some flashbacks from The Hobbit movies 1 and 2. We still have to decide which ones. Then, suddenly, he didn't notice, there's someone coming towards him. When he looks up, the innocent looking creature is cheerful and eyes at him. He invites her with a head tilt. We'll see a close up of her feet. First, her left foot stepping forward, then her right foot, then we see his left foot stepping in. She moves her face from the ground up and sees that he has to tilt his head back a bit, because she is fairly tall and coming way too close. He doesn't give in. Neither does she (!). He moves his face into her, ready for a kiss. She finds herself looking at his upper lip next to his nose and doesn't know if the intention is to kiss him on the cheek or on the upper lip, which is way to informal. We'll see a close-up of their faces. Panning out with a blurring background, creating the feel of being in the centre of the universe. We have to ask for extra budget how to film that in 3D with a camera whisking around them. Their silence fades all notions of time. She looks up, teasingly into his eyes, then resumes to her original position. She repeats this a couple of times. He finds himself caught looking away, initially whispering "Shit!". You´ll hear that word in the outtakes on the DVD extra´s. We will have to find a replacement for that word.. We hope that you as viewer will sense that if it really was a first kiss to a potential boyfriend, their noses had to move a little bit closer. She gasps. He gasps too, but it sounds like he is copying her more than it´s for real. She then starts humming. She full well knows he patiently waits to be kissed, but his attempt looks like a dutyful kissing offer, so it could use a bit of sparkle... We know you'll still be with us on this scene, so we've decided to prolong this moment and let her step back a bit while dropping her eyelashes on him. We'll see it from his view. Her face, so effortlessly in thoughts.. What goes on behind her eyes, we can only guess... She, still with her eyes closed, exhales, because, let's face it, it's quite the greeting! She then waits... He can only step aside, thinking what to do next, not to be that entangled in emotions. He exhales too, which she can't see but hear too well... What a beautiful kissing offer! She opens her eyes and catches her breath. She pretends that she is very surprised, even shocked by his reaction. She ends it with a couple of flirty winks. He then lifts his chin, smiles and blushes. He gives her a good look, takes some steps, then looks over his shoulder to give her another good look. Then, the Dwarfleader who fought Orcs, walks away!! So, that is one exclusive scene we can give you!

We'll see Thorin sitting with Bilbo at the fire place in one of the lodges, telling him this wonderful tale and smiling mysteriously. Bilbo says he doesn´t believe Thorin, because he is never without his group of Dwarves! Besides, Bilbo has more important tales to tell, and is getting hungry! Thorin gets angry and tosses his sword on the floor. We'll see that the rest of the film is stuffed with one exciting Bilbo tale, which will be revealed in the upcoming Hobbit Teaser Trailers!!!

The explanation of the title..

We know that Thorin Oakenshield is keeper of the sword Orcrist, so why did he left his sword at the fire place? Oops, spoilers! Not only did he and Bilbo had to chase through Middle Earth, there was Gollum again who exchanged it for one of the Elven's crossbows. Finally, Thorin finds his sword, promising Gandalf to bring Orcrist home in one piece.


Disclaimer:
Uh, okay, I never intented a love story for The Hobbit. That would make it totally ridiculous.
Expect a new Hobbit trailer in September.

Picture: from The Hobbit Movie promotion with a magic touch by TFB
Posted by Violet op 21:15 2 comments:
Email ThisBlogThis!Share to TwitterShare to FacebookShare to Pinterest
Labels: August Is Hot

August Is Hot: Should We Know You? 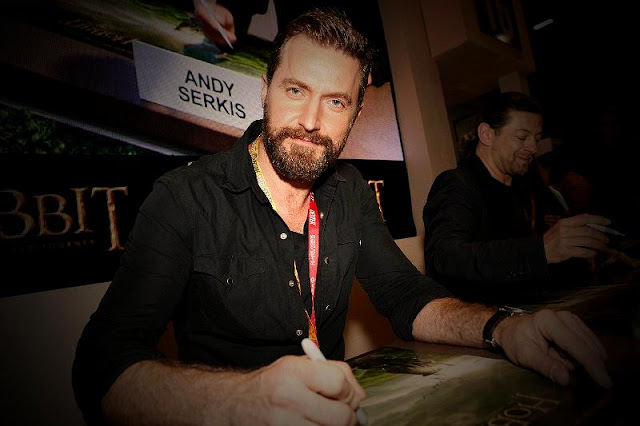 "Yeah, I play Thorin Oakenshield in The Hobbit 1, 2 and 3. Want an autograph?"

AUGUST IS HOT
Theme: Should We Know You?

Is it really important what I say about Richard Armitage?
Well, I have this August Is Hot themed series running each year and so far, I was never silenced by my impressions of his entertaining acting, the dynamic man himself, or even by his massive beard.
OK, I was, am, and suppose will be, but not in this way.

I'm so stuck in a barrel about The Hobbit presentation at Comic Con, 14th July 2012.
First, coming from me, it's a big compliment, it's the "Now I really get it, you're in The Hobbit!"
So why do I feel as follower and blogger to be expected to become a vessel for The Hobbit aka Peter Jackson to be endorsing The Hobbit? Willing to negotiate, call my agent...
Furthermore, the friendly but controlled introduction of Mr. A to the world, felt like a postponement of the eventual brutal unleashing to the masses and papparazzi, by the time of the premiere tour.
What do I have to contribute to the world with these hesitant sentiments?

"You're the burglar blogger. Go on and... burgle blog something!"
-
Thorin Oakenshield
Richard Armitage's fan base

In that case, I'll put on my 3D glasses!

BTW, I'm Violet, hilarious blogbabe, so rubbing shoulders with famous RA bloggers.
Am so boiling the ocean in a 'so-me/so-you'-way, according to my agent B. Arbie.
She's is such a doll!

Guess you sensed the humbug alert?
Maybe I should oil the PR-machine!