"I´m Nothing" AND Near An Edge 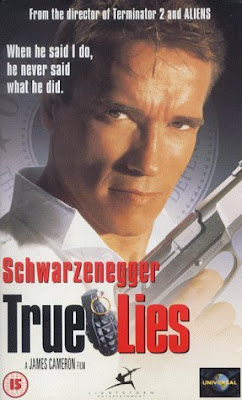 True Lies, a James Bondian action/ adventure film with a lot of comedy, has a scene with "I´m nothing" AND near an edge. Bearing in mind the scene in Spooks 9.8 between Lucas/John and Harry and thinking one can compare every line or action in films or tv-series with one another, I was compelled. I even thought: NOOOO, it can even be worse! This in a good sense, because I did like Spooks series 9 and True Lies is an entertaining film.

Preview clip of Lucas and Harry´s Rooftop Standoff by BBC

In True Lies "I´m nothing" was said by Simon, played by Bill Paxton in a scene with Harry, played by Arnold Schwarzenegger. The hair dress of Simon resembles that of John Bateman, 15 years ago, but this is pathetic with a moustache and although JB had his flaws, he didn´t strike me as a wimp like Simon in True Lies. Or should I implicitly think in that direction, having in mind the discussions on Spooks Fan Blog and else on the script and the character Lucas/John?! Fair enough, character Simon was extremely over the top. Feel like the Spooks writers had this film on constant repeat - a shoot through a skyscraper floor... Luckily they left out the crane, likely because it came back as feature in one of James Bond´s latest films. Like I said, I shouldn´t compare so much, it kills the fun.


Tip: this scene is better in the film
213   EXT. ROCK QUARRY - NIGHT
The van pulls up near the edge of a large quarry.  The door
opens and Simon is pushed out, followed by Harry, who is in his
black jumpsuit and wearing a ski-mask.  Gib follows as Harry
guides Simon to the edge of a sheer drop.  Harry whips off the
hood and Simon takes in his surroundings.

HARRY
You son of a bitch.  Did you
really think you could elude us
forever, Carlos?

Harry whips off his ski-mask.

Simon has ducked his head and won't look at Harry.  Then it
dawns...  He looks up, brightening hopefully.

SIMON
It's you!  Hey, you still
interested in that Vette at all?

GIB
You can drop it now, Carlos.  The
game is over.  Your career as an
inter-national terrorist is too
well documented.

SIMON
No... I sell cars.  That's all!
Not even foreign cars.  Nothing
international, I swear.  I'm no
terrorist.  Everything I said was
a lie... you have to believe me.
I'm actually a complete coward.
If I ever even saw a gun I'd--

Harry whips his pistol out in one liquid motion and snaps the
muzzle right in front of Simon's eyes.

Harry is finally sickened by his grovelling.  He pulls Simon
away from the edge, then gestures with his gun.

SIMON
No.  Soon as I turn you'll shoot
me.

Harry starts back to the truck.  Simon stays right with him,
facing him, terrified to turn away.  Like a dog following him.

SIMON
Please don't.  You can have the
car for free--

Gib finally shoves Simon back and Harry contemptuously cranks
THREE ROUNDS into the ground by his feet, forcing him to dance
backward.  The two agents get into the van and tear off in a
cloud of dust.  Leaving Simon alone in the moonlight, miles
from nowhere.


If you must know: the script is more decent than the film.
You probably won´t read the Full script of ´True Lies´ (1994)
Watch the Trailer of ´True Lies´ and The making of ´True Lies´ instead.
The film was directed by James Cameron, director of the Avatar film,
which was mentioned by someone still in Hobbit Country.

What are the chances that in film/tv-series
someone stands near an edge
and says: "I´m nothing" ?
Bound to find out.
Poster: http://hot-movies-online.com/?p=5133
Posted by Violet op 19:20 2 comments:
Email ThisBlogThis!Share to TwitterShare to FacebookShare to Pinterest
Labels: Films, Lucas North, Scripts, Spooks, tv-series

Pass On A Book Week 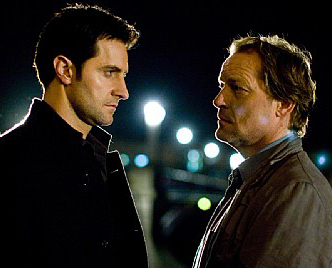 Vaughn: "That book ´Now you too can master Spookology´ was not meant to be passed on!!"
Last week was -correct me if I´m wrong- some sort of "pass on a book" week in the UK to pass on your favourite book.  From what I´ve heard there were five selected books especially printed in large volumes to add to this cause. The BBC aired the tv-programme My Life In Books around the theme ´pass on a book´ in which within a half hour two people brought their own favourite books in their youth and afterwards and talked about what has given them the reading sparks. A very accessible programme, a bit awkward in the interactions, but nothing nuff about it. It actually gave me a little cheer, in thinking the British have some sort of culture after all!

The typical British (left) and the Dutch (right) skeletons ;)
When a new biography of Roald Dahl was introduced in my country recently, and I don´t know if was it mentioned in this programme, I heard an example of the true nature of the British. For instance the British didn´t understand and appreciate the late writer Roald Dahl as much as he was appreciated in The Netherlands. He had a way of communicating with people and his belief that fantasy is more important than reality was not very common.
We Dutch have a similar book passing-on occasion for years. It´s called "Boekenweek" (book week) which starts this Wednesday (!).  To promote the book sales "het Nationale Boekenweekgeschenk" (national book week gift) is handed out with every book one buys. Every year the book week has a theme and a famous writer is asked to write a short story within that theme. This year, the theme is ´written portraits´.
Now on the pass-on book action. If I really object a book, I can´t pass it on. Found on my bookshelf a book which I stored out of my sight. I received this book with a little note years ago after an emotional event. Still have times I try to read it, to find out the giver´s intention. Books I have finished, I can pass on, unless I want to keep them, so I have to buy new one.  Books I do buy, are not always interesting to others. For quality books I go to the library. Most of the times, people request a certain book for their birthdays which I don´t have. Occasionally, I read a particular book which is also perfect for so-and-so.
~~~~~~~~~
Uncover the cover, for I will now reveal my current list. No Bookerprice winners, nor Charles Dickens´ biographies (in my possession), neither a top 10 of e-books. Just my actual overview.


Still in doubt if I want to read these...
Do I let myself get surprised by the film
or do I read the book beforehand? 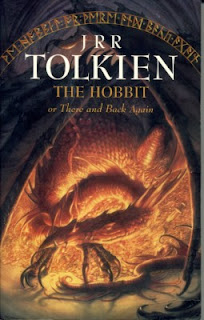 Nice woman, Nigella Lawson, but this food is very English
(think marmelade cupcakes) and I have to lose weight ;/
Moved to luring reading Men´s Health (yeah, so?) on
abdominal workout sessions, food schedules :) 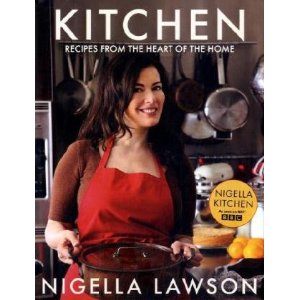 I´m so into this mindblowing book, right now.
My observation skills were first like a painter (distances, moods),
but now like an actor (psycho, density)
Remember it´s just a set of tools (DIY). 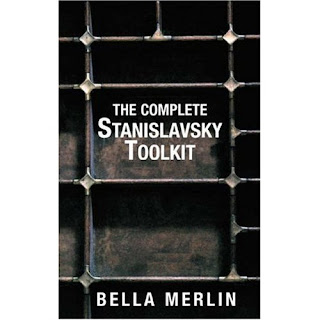 No doubt, just had to buy these.
Started reading chapters here and there.. 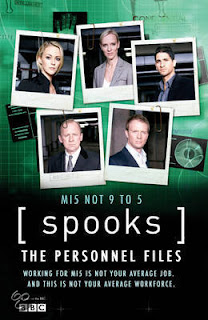 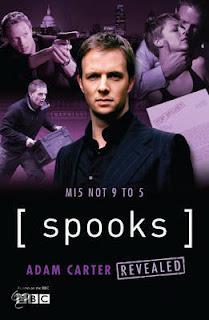 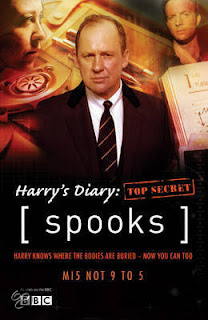 The Tazbeks were so sweet
to pass on Lucas´ Black Book.
For marketing reasons
it hasn´t been published yet.
The author is too ruffled by recent events. 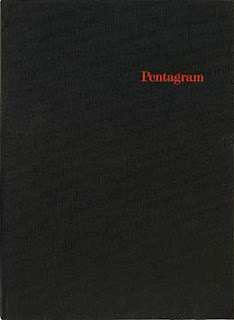 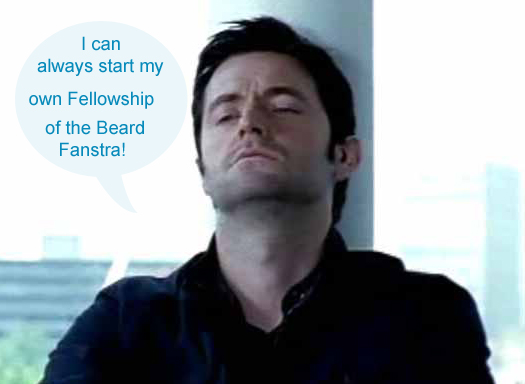 My own wrong doing: RA The Fellowship Of The Beard
Spoiler: there will be NO mention of a non-violent death... *stares at clip*
http://www.youtube.com/watch?v=spW2kvNzJvM