Guy Of Gisborne Syndrome One Year On 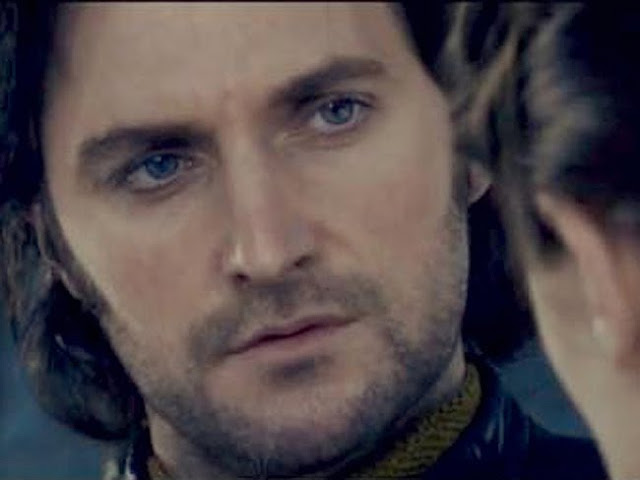 "So for Marian Syndrome there´s no cure either?"
On several sites the death of Sir Guy of Gisborne is commemmorated. It is now one year since he died on British television. Thank God, I was unaware.
In about six weeks, I can celebrate my own one year anniversary of Gisborne Syndrome. I could bring the date forward. 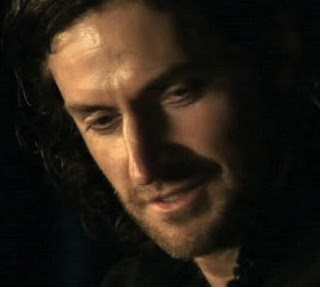 "If only Marian would have brought the date forward..."
Last year I searched for clips on YT about the Robin Hood tv-series I saw twentysome years ago. I was about to buy that dvd-box, because I loved that series, the dialogues, the mystique and the mood. OK, Robin Hood (Michael Praed) and the Son of Herne (Jason Connery, son of) had the good looks and the moral right on their side and Marian on their hand, but the Sheriff and Guy had the best lines. Must say that I emphatized with the plagued Guy, played by the late Robert Addie.
After some months I searched again and had a hard time to find these clips. In doing so, I had to discard some 60 or more clips of ´a´ Gisborne Gorgeousness, which automatically raised the question: "Who is that?" 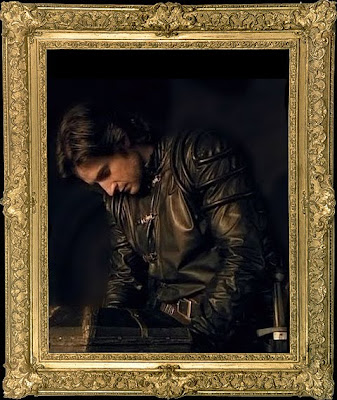 Art collection with prohibited guided tours
Found the marvellous websites about the man behind Gizzy, Richard Armitage, with lots of information for those interested. After some time I searched for blogs about RA and - hey presto! (yes, I read the Smash Hits)- there were many bloggers and commenters with hilarious lingo! To be politically correct I have to say they are intelligent, middle aged, Radio4 listeners, but that doesn´t cover the whole fanbase. The pre-borns and the braindeads could not be consulted. 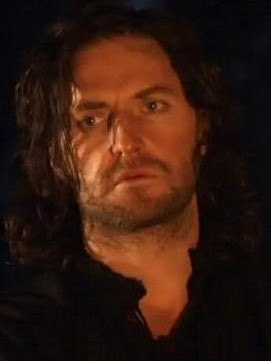 "My dark side can´t be treated.
Those birds love my stubble factor. "
I started my own blog and in my posts I tried to keep Richard Armitage off my pages. Can´t keep that promise I made earlier, for my homies´ sake! What was the link with Gisborne Syndrome again? 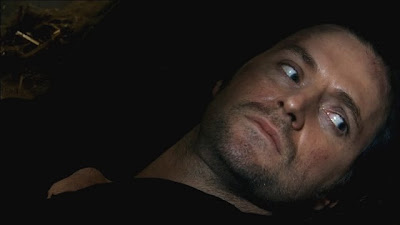 "By the look of it, you may not be far behind!"
Sources: RichardArmitageNet, Tell Me, The Framework Blog
Posted by Violet op 17:17
Email ThisBlogThis!Share to TwitterShare to FacebookShare to Pinterest
Labels: ArtySmarty, fame, Fanfiction, Gisborne, image, Richard Armitage, Robin Hood

this is fantastically hilarious and offbeat funny! but the syndrome has already persisted for a year? that's worrying!

Thanks for the nice compliment, Servetus!

I try to beat it with going out more in real life. I´m quite forgiving on the looks department. I have this quote in mind: "If reality doesn't match your expectations, rather than blaming your expectations, you're blaming reality."

After some months of Gisborne Syndrome it sunk in, a Guy-like man (bad character) wouldn´t be a healthy match for any woman!
The mood swings of the character are intriguing though! Can we change him into something good? Never a dull moment with Gisborne!

That's what the fanfic is for, right? (among other things)

I've had a strange predilection for men in leather since the onset of Armitagemania, but NONE of them seem remotely like Guy.

Reading/writing fanfic and blogs are a couple of accepted cures to treat this ailment.

Like Natalie said on her blog: "No-one rocks the leather like Gizzy! No-one!"
Now how can I top that quote?
I don´t want to try!
You´re not the only one who is biased about the leather factor. :)