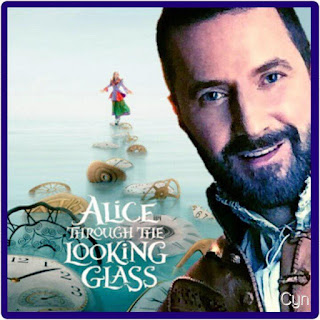 This film was right up my alley. Having read the books in the days, the film has its story liberations and I have seen the other one. I looked closely at the fabulisciously detailed CGI, characters, set, costumes, hair, landscapes, you name it. I enjoyed it very much in 3D and Dolby Atmos.
It was a film I would have seen even if Mr. A was not in it. And there we have it, he was in it, but in such tiny doses, such a small amount of time, in only two scenes! Fair to the story, I must say. Richard was a nobel King with Proctor/Thorin voice in the first scene (long shots and a couple medium shots). In the second scene, he was younger and not speaking (one long shot). But before it got to those scenes, the story, or rather Alice, was well underway.
The family themes for Alice, the Mad Hatter and the Red Queen were heartwarming in their own ways. And the little animals and other creatures were adorable. I admitted before on Twitter to have wrongly guessed RA to be Chesspiece RA!. :)

I came away with the significant, yet filosophical impact the Time character played in this version. How time itself was visualised with a big clockwork with Seconds, Minutes and Hour as helpers, had me ticking. Sympatic symbolisms of how time passes for everyone, or how it is violently rupturing away, turning everything into rust, or the notion 'You cannot change the past, only learn from it' made the whole experience humbling to me.
But it was the voice of late Alan Rickman, which came out of nowhere, that made me realise that although he had no more time, there was a consolation in that his past recording was preserved and presented. This morning news reached me that Johnny Depp's marriage time was up. So has everyone their moments. Like me, I have just committed idle writing and should eat my hat for it.

To conclude, Producer Suzanne Todd said something on how this film nicely shows a woman taking the lead, which is highly commendable. The haters will say, yes if only you got a late dad with shares and a boat you can refuse a desk job, jump mirrors and sail the world.

We need more of those stories in film out there. It is a matter of sailing through time. 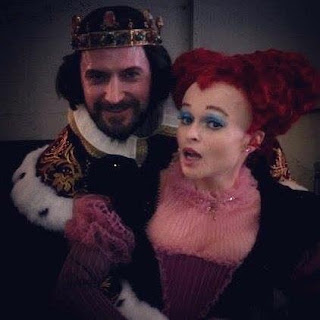