What If I Wrote A Prelude 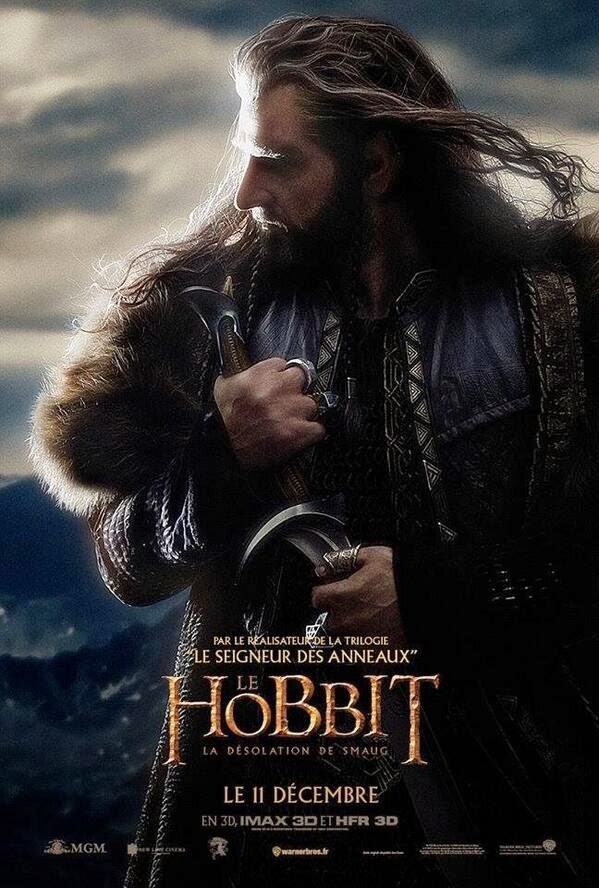 "The desolation of a blogger, more likely..."
Prelude
The Hobbit Desolation of Smaug is out on DVD. For months I was Lost In Mirkwood. I could make a cartoon of that, but then I would give things away that should be kept [private]. Then the only post I could write, was full of bad ranting. Re-reading it, I thought it's a good thing RA doesn't have an online diary. Consider it a 'what if'-prelude to my impressions of that movie.
After arriving in a warm and fussy place called 'RA drought' and being sure that the whole world has seen TH DoS by now (I contacted those who haven't with fierce fan loyalty to make sure) to avoid publishing any spoilers, and boy did I avoid spoilers, read all here, haha not), it feels safe to finally (yes, I can hear your sighs) let the dragon out (read: to post my impressions on this second part). However, my hesitations to say anything about it, got wings as big as a dragon (the Bard will open an all-you-can-eat-dragon-wings diner in Lake-Town in part three, but that's still up for grasps for pick-ups in May, when the cast and crew will film (latest plug instructions said 'voice') 'additional battle scenes'. Read between the lines, the Lake-Town people were starving of hunger, remember?). Mind boggling goes on like that, but that's entirely why the makers of The Hobbit movie so elegantly made use of other books (because it was not enough to film so Tolkien's footnotes had to be intertwined,  yet make Thorin the Dwarfleader not a leading character, although he has the most words in this movie?! Hello #teamrichard). They also forgot to tell class actors, not to look like intellectuals, or worse, Tolkien Purists (no war references or Christian connotations, either, thank you very much (sic)), because it would make superficial fans of a sexy dwarf look like gushy no-brainers who would divert to #teamhiddleston or #cumberbitches to hide that (or worse, turn #hobbit). It would grace the movie makers more, if the movie was introduced as 'Inspired by Tolkien's works' (but what do I know). And why was there no appeal for fans to submit their TH reviews this time around on The One Ring Net? (I feel used, because I've done my duty). Because previous comments were used to make 'part two' more action packed? And why did the Extended Edition gave proof that at least eight movies could be made out of all the material that was filmed? Even excluding the bathing-in-fountain scene instead of the book's washing-in-river scene? So fans would not rage (be happy with audition clips) over the fact that a bunch of actors were Method-ly challenged (read: held captive) in Wellywood for 18 months (like LOTR)? 'Whatever happens in The Hobbit, stays in The Hobbit' didn't stand (whatever happens on Twitter, stays on Twitter, or Tumblr etc.). Thankfully, we learn from director Sir Pete that if an actor wants to have a scene cut, all they have to do is to steal something big from the set, like Smaug's head (smart mention of 'socks' to save scenes!).  Basically,  I loathed to be sent into a lonely mountain to do a dirty job.
P.S. This BS continues... Read below how you can obtain my cute Weta statue and sexy bed covers.
**
Disclaimer:
1. Ranting, because one day it would end up in my memoirs anyway.
2. Blog fear of writing an intelligent review, thanks to my well-read Tolkien notes.
3. I was Lost In Mirkwood. That is [private], I deny talking about it here, but gossip is there.

*****
I bow in shame for Thorin as this post is not so usually funny.
My readers will hopefully understand.
*****
Image: French Hobbit Character Poster of Thorin Oakenshield
﻿
Posted by Violet op 21:26 No comments:
Email ThisBlogThis!Share to TwitterShare to FacebookShare to Pinterest
Labels: Directors, Films, Real Fiction, Reflection, The Hobbit
Newer Posts Older Posts Home
Subscribe to: Posts (Atom)