Another Guy With A Sword 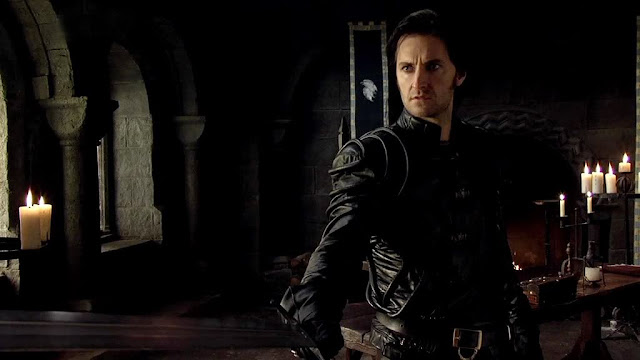 "These willful wenches go too far"

It's been a while since the gnomes spoke to me again. I had let them down, by letting Sir Guy trespassing the borders of my garden. According to article... sorry can't read that small print.. in their Hobbit re-enactment contract with said partnership of garden owner... again small print... I have violated my own rights to enter my garden and my proximity during re-enactment hours... again small print... and so I had to find a place to, erm, make meatballs. Rest assured I wanted to go back to my own home, I made a plan that hopefully would make everyone at the Gnomes InUnion happy, or whatever they're calling themselves. So recently I graced Sir Guy with a visit.

"Sir Guy", I said.
"You came back for more", he kind of asked.
"I have a request."
"In that case, payment in advance", he said disappointed.
"Would you like to set up a campement to house a little re-enactment play?"
"Artists don't bring in money. They cost money!"
"It's the gnomes. We could let them play outside on the hill. It will contain a big fight if we pretend your castle is mountain Erebor".
"I can... pretend that you and me.."
"Make my plan work", I said, triumphantly handing him my selfmade contract.
"Meaning?"
"You have a couple of lines as the main cameo. It will be over before you know it."
"I don't sign entertainment contracts." Guy threw the contract on the table.
"You'll be the star of the show."
"Stars shine in the sky and the gnomes hate me."
"That will be used to your full glory."
Sir Guy snatched the contract off the table and signed it.
"My glory, hmm?"
"Oh yes. You spit fire like a real dragon, say some lines, crawl on your knees..."
Then Sir Guy showed me his sword fighting skills.

RETRO POST
Sir Guy of Gisborne is a character Richard Armitage played. You should check it out.
When I started fangurling I came across really great quality pictures of Giz, and HD screencaps.
Was this a screencap or a promo picture I now wonder?


** Disclaimer: I don't know why I write this sh*t. The Beard is coming back. That's important news. **